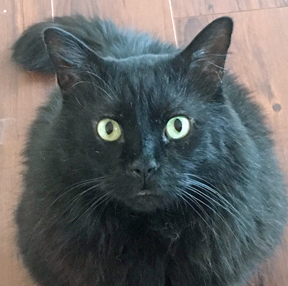 Mulder has officially been waiting 22 months.......nearly two years to find someone to love him. Mulder is cat who has very particular standards - sure he doesn't seem to like kids.......to be truthful, he just finds children really annoying, but he is not alone in his preference for more mature company! He does have a stronger personality, but you have to give him some grudging admiration for his standards. He knows who he is. He does like to snuggle and sit on laps ‘when’ he wants to. And to put the icing on the cake, he is a bit bossy, so he needs a strong, experienced cat person to understand him and help him be the best he can be!